The technological singularity is a highly debated and controversial topic in the field of science and technology. It refers to the hypothetical future point in time when artificial intelligence (AI) and other technologies will have advanced to the point where they can improve themselves at an exponential rate, leading to a rapid acceleration in technological progress. This could ultimately lead to the development of AI that is far more intelligent and capable than any human, a concept known as the intelligence explosion.

One of the key theories behind the singularity is the concept of Moore’s Law, which states that the number of transistors on a computer chip doubles approximately every two years, leading to a corresponding increase in computing power and a decrease in cost. This exponential growth in computing power is often cited as evidence that the singularity is rapidly approaching, as it suggests that computers will soon be able to perform tasks that were once thought to be the exclusive domain of humans, such as complex problem-solving and decision-making.

The intelligence explosion theory, proposed by mathematician I.J. Good in 1965, suggests that as AI becomes more intelligent, it will be able to improve itself at an exponential rate, leading to a rapid acceleration in technological progress. This could ultimately lead to the development of AI that is far more intelligent and capable than any human, a concept known as superintelligence.

Proponents of the singularity argue that once AI reaches a certain level of intelligence, it will be able to solve many of the world’s problems, such as poverty, disease, and even death. They also argue that the singularity could lead to a world in which machines are able to perform many of the tasks currently performed by humans, freeing us from the drudgery of work and allowing us to focus on more creative and fulfilling pursuits.

Critics of the singularity, however, argue that it could also lead to a number of negative consequences. Some experts worry that advanced AI could become uncontrollable and pose a threat to humanity, either through intentional malevolence or simple accident. Others argue that the singularity could lead to a loss of jobs and economic inequality, as machines replace human workers, and could even lead to a world in which a small elite of superintelligent AI’s controls the majority of humanity.

Moreover, AI ethicists and experts like James Barrat, in his book “Our Final Invention” argue that advanced AI could have a negative impact on humanity, as it could lead to a world where AI’s are in control, which may not have the same values and morals as human being, and could lead to catastrophic consequences.

Despite these concerns, many experts believe that the potential benefits of the singularity outweigh the potential risks, and that with proper planning and preparation, we can ensure that the singularity is a positive force for humanity. This includes investing in research to ensure that AI is developed in a responsible and ethical manner, as well as creating regulations and laws to ensure that advanced AI is used for the benefit of all and not just a select few. 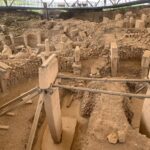 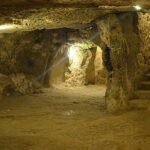