In 2017, astronomers made a startling discovery: an object from outside our solar system was passing through our neighborhood. Dubbed “Oumuamua” (Hawaiian for “scout”), this elongated, reddish object was unlike anything we had ever seen before. But what was it, and where did it come from?

One theory put forth by Avi Loeb, the chair of Harvard’s astronomy department, is that Oumuamua could be an artificial object of extraterrestrial origin, possibly a “light sail” of some kind. “It is impossible to guess the purpose behind Oumuamua without more data,” Loeb said in a 2018 paper. “But one possibility is that it is a lightsail, floating in interstellar space as debris from an advanced technological equipment.”

This idea has been met with both excitement and skepticism, with some experts arguing that Oumuamua’s unusual characteristics could be explained by natural phenomena. But Loeb’s hypothesis raises an intriguing question: could this mysterious object be evidence of an advanced alien civilization?

One of the key pieces of evidence in favor of this theory is Oumuamua’s unusual shape. Unlike most asteroids and comets, which are typically round or irregularly shaped, Oumuamua is elongated and cigar-like, with a ratio of length to width of around 10 to 1. This shape is difficult to explain through natural processes, leading Loeb and others to suggest that it may be the result of intelligent design.

Another piece of evidence is Oumuamua’s unexpected trajectory. The object’s path through our solar system was not a smooth curve, as would be expected if it were simply being pulled by the sun’s gravity. Instead, it appeared to be accelerating, as if something was pushing it from behind. While some have suggested that this could be due to outgassing, Loeb and others argue that the object’s acceleration is too high to be explained by this process.

“Oumuamua’s acceleration is consistent with a lightsail of artificial origin,” Loeb said in an interview with New Scientist.

Despite the evidence in favor of the alien-lightsail theory, many experts remain skeptical. “I think it’s extremely unlikely that this object is of artificial origin,” said Karen Meech, an astronomer at the University of Hawaii’s Institute for Astronomy. “But the more I study it, the more peculiar it appears. So while I think the alien explanation is highly unlikely, I can’t completely rule it out.”

Despite the ongoing debate, one thing is clear: Oumuamua is a truly mysterious and fascinating object. Whether it is an alien artifact or a natural phenomenon, it has challenged our understanding of the universe and sparked the imagination of scientists and laypeople alike.

“Oumuamua’s visit to our solar system is a once-in-a-lifetime event,” Loeb said. “We should make the most of it to learn as much as we can about this unique object.”

As we continue to study Oumuamua and search for other interstellar objects, we may be one step closer to answering the question of whether we are alone in the universe.

“Oumuamua is a cosmic messenger, sent from the depths of space to challenge our understanding and push the boundaries of what we thought was possible. Its very existence raises tantalizing questions about the nature of the universe and the possibility of other intelligent life forms.

“As Graham Hancock, author of ‘Magicians of the Gods’ and ‘Fingerprints of the Gods’, suggests, ‘Oumuamua may be a sign of something much bigger and more mysterious than we ever imagined. It is a reminder that we are not alone in the cosmos and that there may be other civilizations out there, watching and waiting for us to make contact.’

However, it’s important to note that despite the intriguing possibility, Oumuamua being an alien artefact is still a hypothesis and a lot of work needs to be done to prove it true. But it’s also an opportunity to consider the possibility of other forms of life and to keep searching for answers in the vast expanse of the universe.

In conclusion, Oumuamua is an enigma that has captivated the scientific community and the public alike. While its true nature remains a mystery, the possibility of it being an alien artifact has sparked excitement and curiosity about the possibilities of life beyond our solar system. It serves as a reminder that there is still so much we don’t know about the universe and that the search for answers should continue. 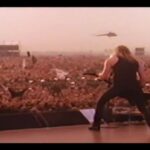 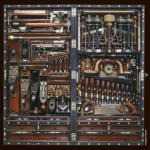