The concept of the singularity, a point in which artificial intelligence will surpass human intelligence, has been a topic of much debate and speculation among futurists, technologists, and scientists. One of the most prominent figures in this conversation is Ray Kurzweil, a well-known inventor, futurist, and author. Kurzweil is a renowned inventor who has been granted over 20 patents, including the first CCD flat-bed scanner, the first omni-font optical character recognition, the first print-to-speech reading machine for the blind, and the first commercially marketed large-vocabulary speech recognition. He is also a best-selling author, having written several books on the future of technology, including “The Singularity Is Near,” in which he argues that this event will have a profound impact on human society, including the potential elimination of mortality. The question arises, is this idea of immortality through technology science fiction or a viable possibility? Let’s dive in.

“The Singularity: A Game Changer for Humanity”

In his book “The Singularity Is Near,” Kurzweil writes, “The Singularity represents the culmination of the merger of our biological thinking and existence with our technology, resulting in a world that is still human but that transcends our biological roots.” He argues that the rapid advancements in technology, particularly in the fields of AI and nanotechnology, will eventually lead to the ability to transfer the human brain to a computer, allowing for the possibility of immortality. He states, “We will be able to preserve our bodies in their youthful states indefinitely and repair any damage from disease, accidents, or aging. We will be able to upload our minds to computer hardware, which will not only preserve our memories and personalities but also allow us to think and process information at much faster rates.”

The Proactionary Imperative: A Moral Obligation to Use Technology

Steve Fuller and Veronika Lipinska in their book “The Proactionary Imperative: A Foundation for Transhumanism” argue that we have a moral obligation to use technology to improve human life and discuss the implications of this idea for the transference of the brain to computers. They state, “Transhumanism is a global cultural and intellectual movement that seeks to overcome the limitations of human biology through the use of technology, including the development of advanced AI, cognitive enhancement, and life extension.”

The Dawn of Human Transcendence: A Look into Neuralink’s Breakthrough Technologies”

We are at the cusp of a revolutionary change in human existence, a change that is being led by the pioneering efforts of technology entrepreneur, Elon Musk, and his company, Neuralink. Their goal is to develop ultra-high bandwidth brain-machine interfaces that will connect humans and computers, allowing us to achieve a symbiosis with artificial intelligence. This is not just a mere pipe dream, but a tangible reality that is within our grasp.

Neuralink’s work on brain-computer interfaces and the potential for immortality through technology aligns with the ideas put forward by futurists and transhumanists. This technology has the potential to greatly impact the future of humanity and change the way we live, work, and interact with the world. With the rapid advancements in artificial intelligence, it’s more important than ever for humans to keep pace and merge with AI, as Musk believes, to ensure that we are not left behind.

The company has been working on a number of projects to achieve this goal, including developing implantable brain-machine interfaces that can be used to control computers and other devices with the power of thought. The company is also working on ways to improve human cognitive abilities such as memory, focus, and creativity, through the use of these interfaces.

Neuralink has also been developing a brain-machine interface, which is a surgically implanted device that can be used to record neural activity and transmit it wirelessly to a computer. This technology is still in its early stages, but Neuralink has already successfully demonstrated the ability to control a computer cursor with the power of thought.

We are at the beginning stages of human transcendence, and Neuralink is leading the way. Imagine being able to control devices with the power of thought, or having enhanced cognitive abilities, this is not just a futuristic dream, but a reality that is within our reach. Join us on this journey of human transcendence, we are about to discover the limitless possibilities of what it means to be human.

Timeline for the Singularity: A Predictive Look Into Our Future

The timeline for the singularity, the point at which artificial intelligence will surpass human intelligence, has been a topic of much debate and speculation. One of the most prominent figures in this conversation is Ray Kurzweil, a well-known inventor, futurist, and author. He argues that the singularity can be expected to occur around 2045, based on the law of accelerating returns. This law states that technological progress will continue to accelerate exponentially, due to the doubling of transistors on a microchip every 18-24 months, as stated by Moore’s Law. Kurzweil also cites the exponential growth in other technologies such as the ability to store information, the speed of computation, and the power of communication networks.

Other experts in the field also predict a similar timeline for the singularity. Dr. Hugo de Garis, a researcher in the field of artificial intelligence, predicts that the singularity could occur as early as 2035, stating “The Singularity is the most important event in human history. It will be the point when we create godlike machines, machines that are smarter than we are.” Dr. James D. Miller, author of “The Singularity Revolution: A Strategic Guide to the Coming Transformation,” also predicts that the singularity could occur within the next few decades, stating “The Singularity is a point in the future when technological progress will accelerate so rapidly that we will not be able to predict future developments.”

It’s important to note that the exact timeline for the singularity is still uncertain and is a topic of ongoing debate and speculation among experts in the field. However, it’s clear that technology is advancing at a rapid pace and the singularity, along with the potential for immortality through technology, is becoming a more realistic possibility in the near future.

Further Reading: Dive Deeper into the Singularity and Human Transcendence

The idea of immortality through technology continues to be a topic of much debate and speculation. While it may seem like science fiction, experts in the field like Ray Kurzweil argue that it’s a viable possibility. Based on the law of accelerating returns and Moore’s Law, Kurzweil predicts that the singularity could occur around 2045. This timeline, along with the rapid advancements in technology, particularly in the field of AI and nanotechnology, make it important to consider the potential implications of these advancements for humanity. It’s up to us to decide how to use these technologies for the betterment of society and to mitigate any negative consequences that may arise. 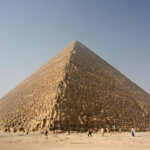 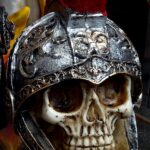