The Sphinx, located in Giza, Egypt, is a monumental sculpture of a creature with the head of a human and the body of a lion. For centuries, the commonly accepted theory is that the Sphinx was built by the ancient Egyptians during the reign of Pharaoh Khafre around 2500 BC, to serve as a guardian for the nearby pyramids and as a symbol of the pharaoh’s power and authority. But, recent theories suggest that it’s much older and was built by a more ancient and advanced civilization. The books Origins of the Sphinx: Celestial Guardian of Pre-Pharaonic Civilization and The Message of the Sphinx: A Quest for the Hidden Legacy of Mankind, present evidence to support these theories.

According to the authors of Origins of the Sphinx, the Sphinx is much older, possibly dating back to 10,500 BC. They base this theory on weathering patterns found on the Sphinx, which they claim are characteristic of water erosion rather than wind and sand erosion. This would mean that the Sphinx existed long before the ancient Egyptians, and that it was built by a civilization that predates them. This theory is supported by geological evidence, that the Sphinx and the surrounding area were submerged by water and were not exposed to the elements until around 9,000 BC.

The books also propose that this civilization had access to advanced technology and knowledge of engineering. The precision and accuracy in the construction of the Sphinx, as well as the alignment with celestial bodies, could not have been achieved without such technology. The authors argue that the ancient Egyptians, or any other civilization of that time, could not have constructed such a massive and intricate monument without the use of advanced technology and engineering knowledge.

These theories not only challenge the commonly accepted belief of the age and purpose of the Sphinx but also change the way we view ancient civilizations. Mainstream history tells us that ancient civilizations were primitive and unsophisticated, but these theories propose that a civilization existed before the last ice age that was highly advanced and possessed knowledge and technology that we can’t even comprehend. 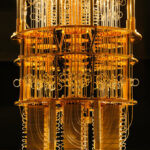 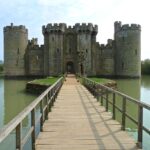