Quinta da Regaleria, also known as the Palace of Regaleira, was built at the turn of the 20th century by the wealthy businessman Antonio Augusto Carvalho Monteiro. He purchased the land in 1904 and began construction on the palace, which was completed in 1910.

Monteiro was a man of many interests, including architecture, art, and esotericism. He traveled extensively throughout Europe and the Middle East, and his experiences and interests are reflected in the palace’s eclectic design. He was quoted as saying “I have built this palace as a representation of my life and my dreams.”

The palace is a blend of Gothic, Renaissance, and Manueline architectural styles, with intricate carvings and decorations adorning its walls and towers. The palace’s exterior is covered in a mix of bright colors, including pink, yellow, and blue, which add to the overall fairy-tale-like ambiance of the place. Upon entering the palace, visitors are greeted by a grand entrance hall that leads to a series of interconnected rooms, each filled with an impressive collection of art and antiques. The palace’s interiors are adorned with frescoes, chandeliers, and intricate tile work that tells a story of the owner’s travels and interests.

The palace’s gardens are equally impressive, featuring a variety of different landscapes and architectural styles. Visitors can explore the Italian garden, with its terraced lawns and ornate fountains, or the Moorish garden, with its palm trees and exotic plants. The palace also features a lake, a grotto, and a waterfall that add to the mystical atmosphere of the place.

One of the palace’s most striking features is its underground tunnels, known as the Initiation Wells. These wells are a series of spiraling tunnels that lead down into the depths of the earth and are said to symbolize the journey of the soul. The wells are adorned with sculptures and inscriptions that are inspired by various esoteric traditions, including alchemy, masonry, and Rosicrucianism. Monteiro was deeply interested in these subjects, and the Initiation Wells are said to be a reflection of his spiritual beliefs.

The Initiation Wells are composed of two main wells, the “Well of Inverted Towers” and the “Unfinished Well”, as well as a series of smaller wells and grottos. The Well of Inverted Towers is the deepest of the wells and is said to symbolize the descent into the unconscious mind. Visitors can access the well by climbing a spiral staircase that leads down into the depths of the earth. The Unfinished Well, on the other hand, is shallower and is said to symbolize the ascent towards enlightenment.

The wells are also filled with a variety of sculptures, inscriptions, and symbols that are said to have different meanings. For example, the image of a serpent is said to symbolize the alchemical process of transformation, while the image of the All-Seeing Eye is said to symbolize the attainment of spiritual knowledge. The wells also feature inscriptions in Latin, Hebrew, and other languages, which are said to contain hidden messages and codes that reveal the secrets of the universe.

Quinta da Regaleria is a true reflection of the passions and interests of its creator, Antonio Augusto Carvalho Monteiro. It is a place where art, history, and nature come together to create a unique and unforgettable experience. The palace is a must-see for anyone visiting the Sintra region, a stunning testament to the power of human imagination and creativity. The Initiation Wells, in particular, offer a fascinating glimpse into the mind of Monteiro and the esoteric beliefs that inspired him.

As Monteiro himself said, “I have built this palace as a representation of my life and my dreams. I hope it will be a source of inspiration and wonder for generations to come.” The palace stands as a testament to his dream and continues to inspire visitors to this day. The Initiation Wells, in particular, offer a unique and mysterious experience, leaving visitors to ponder the hidden meanings and symbolism embedded within the wells. It’s a place that invites visitors to explore, discover and imagine. 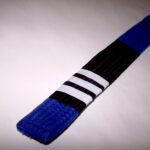 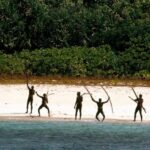