Deep beneath the sands of Saqqara, Egypt lies a mysterious network of underground tunnels and chambers known as the Serapeum. This ancient site, dating back to the 26th dynasty, around 600 BC, has long been a source of fascination for historians and researchers, who have attempted to unravel its true purpose and construction methods. Recent excavations and studies of the site have revealed new insights into the Serapeum, including the discovery of a number of large stone boxes within the subterranean chambers.

The Serapeum is a complex of underground tunnels and chambers that were carved out of the solid rock beneath the Saqqara plateau. The traditional explanation for the site is that it was a tomb for the Apis bulls, sacred animals in ancient Egypt. However, this theory has been called into question by the discovery of a number of large stone boxes, measuring up to 2.5 meters long, 1.5 meters wide and 1.5 meters high, within the chambers. These boxes, which weigh up to 80 tons, have been found to be empty, suggesting that they were not used for burials.

In addition to these stone boxes, the chambers of the Serapeum also contain a number of other features that have puzzled researchers. The chambers are connected by a series of shafts and staircases, and show evidence of precision engineering and advanced architectural techniques. The walls of the chambers are lined with granite and some of the chambers have a corbelled roof, a technique not usually associated with ancient Egyptian architecture.

The tunnels and chambers of the Serapeum are also notable for their size and scale. The main tunnel, which runs for over 800 meters, is large enough to accommodate a train of several wagons, and is tall enough for a person to stand upright without having to bend over. The subterranean chambers are also massive, with some measuring over 30 meters in length and 20 meters in width.

This has led some researchers to propose alternative theories about the Serapeum’s true purpose. Some have suggested that it was a secret initiation chamber for the priests of the god Ptah, who was often associated with the Apis bulls. Others have proposed that it was an astronomical observatory, or even a secret underground laboratory for the development of advanced technologies.

One of the most controversial theories about the Serapeum is that it was built by a highly advanced ancient civilization, possibly predating the ancient Egyptians. This theory is based on the fact that the tunnels and chambers of the Serapeum show evidence of precision engineering and advanced architectural techniques that are not consistent with the level of technology attributed to the ancient Egyptians.

Some researchers have also suggested that the Serapeum was built as a refuge for a highly advanced civilization facing a catastrophic event such as a pole shift or a global flood. The tunnels and chambers would have provided a safe haven from the cataclysmic forces above ground.

The enigma of the Serapeum continues to captivate researchers and scholars, as new evidence and theories continue to emerge. The true purpose and origins of this ancient site may never be fully understood, but one thing is certain – the secrets of the Serapeum will continue to fascinate and intrigue for many years to come.

Despite the numerous theories that have been proposed over the years, the true purpose and origins of the Serapeum remain a mystery. The discovery of these massive stone boxes adds yet another layer of complexity to the enigma of the Serapeum. The size and scale of the tunnels and chambers, as well as the precision engineering and advanced architectural techniques used in their construction, continue to baffle researchers.

Some scholars have suggested that further study of the site, including further excavations and analysis of the stone boxes, may provide new clues to the true purpose and origins of the Serapeum. However, it is also possible that the true purpose of the Serapeum may never be fully understood, and that it will remain one of the most intriguing and mysterious ancient sites in Egypt.

Despite the lack of concrete answers, the Serapeum continues to captivate the public imagination and attract visitors from around the world. The site’s underground chambers and tunnels, with their precision engineering and advanced architectural techniques, provide a glimpse into the ingenuity and technological capabilities of the ancient Egyptians.

The Serapeum of Saqqara remains an enigma that continues to confound researchers and scholars, and it’s a subject of ongoing studies and debates. The discovery of the massive stone boxes add more complexity to the mystery and the true purpose of the Serapeum is still an open question. The theories proposed are just a few of many that exist and more research is needed to uncover the truth. The Serapeum is a testament to the ingenuity and architectural capabilities of the ancient Egyptians and it continues to be a source of fascination for people all over the world. 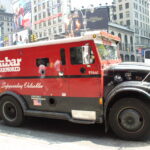 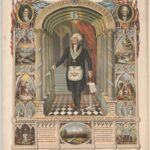