Dunbar armored robbery was a heist that occurred on September 12, 1997, in Los Angeles, California. The robbery was carried out by Allen Pace, a former guard at Dunbar Armored, and a group of five accomplices. The group stole more than $18 million, the largest cash robbery in United States history at the time.

The robbery was meticulously planned for months by Pace, who had inside knowledge of Dunbar’s security procedures and the layout of the facility. He recruited five men to help him carry out the heist, including Emory Douglas, who had also worked as a guard at Dunbar.

On the night of the robbery, the group entered the Dunbar facility disguised as police officers and used fake badges and credentials to gain access. They then overpowered the guards on duty and forced them to open the vault. The group was able to fill several duffel bags with cash before making their escape.

However, the robbery was not without its complications. One of the guards managed to trigger a silent alarm, alerting the police to the crime. The group had also been spotted by a passing motorist, who was able to provide a description of their vehicle to the authorities.

Despite these setbacks, the group was able to make their getaway and evade capture for several months. They split up the money and went into hiding, using the cash to live a lavish lifestyle.

However, their luck eventually ran out. The FBI was able to track down and arrest several members of the group, including Pace and Douglas. The stolen money was also recovered, although a significant portion of it was never found.

In the end, Allen Pace and his accomplices were convicted of the crime and sentenced to lengthy prison terms. The Dunbar armored robbery had a lasting impact on the city of Los Angeles and on the armored car industry as a whole. It remains one of the most infamous heists in American history, a cautionary tale of greed and betrayal.

But the Dunbar armored robbery was not just a crime, it was an act of pure, unadulterated greed. It was a bold, daring heist that sent shockwaves through the city of Los Angeles and the entire nation. It was a crime that was masterminded by a man who was once considered a model citizen: Allen Pace. He was a family man, a devoted employee of Dunbar Armored, but beneath the surface, he was a man consumed by greed and the desire for a lavish lifestyle.

The FBI’s relentless pursuit of the robbers and the twists and turns of the investigation made it a psychological thriller that kept the city of Los Angeles and the nation on the edge. In the end, the Dunbar armored robbery stands as a stark reminder of the destructive power of greed and the consequences that come with it. The story of Allen Pace and his accomplices is a cautionary tale, one that will be remembered for years to come. 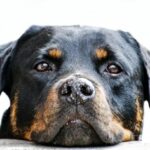 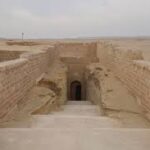