You’ve probably never heard of the death whistle, but trust us, you’ll never forget it once you do. This ancient instrument, used by pre-Columbian cultures in Mesoamerica, is said to produce a sound so terrifying that it was believed to be able to summon death itself.

The death whistle is a small, ceramic instrument that is typically shaped like a skull or a human face. It is played by blowing into a small hole at the top, which produces a high-pitched, piercing sound that can be heard from miles away. The sound is so loud and eerie that it is said to have been used in warfare to intimidate enemies and to summon death to take them away.

But the death whistle wasn’t just used for warfare. It was also used in religious ceremonies and rituals, where it was believed to have the power to communicate with the gods and the dead. The sound of the death whistle was thought to be able to open portals to the underworld and to summon the spirits of the dead. It was also used in human sacrifice ceremonies, where the sound was believed to help guide the souls of the sacrificed to the afterlife.

Despite its terrifying reputation, the death whistle was not just used by the Aztecs, it was also used by other pre-Columbian cultures such as the Maya and the Zapotecs. Death whistles have been found in a wide range of archaeological sites across Mesoamerica, including burial sites, temples, and pyramids.

The death whistle is not just an ancient artifact, it is also a mystery. The exact origins of the death whistle are unknown, and how these ancient cultures were able to produce such a loud, eerie sound is still a subject of debate among archaeologists and anthropologists. Some believe that the sound was produced by blowing into the whistle at a specific angle or by using a special technique, while others believe that the sound was created by the unique shape of the whistle itself.

If you’re brave enough to hear the death whistle for yourself, you can find recordings of it online or even purchase a replica of the whistle. But be warned, the sound is not for the faint of heart. It’s a truly terrifying and eerie sound that will haunt you long after you’ve stopped listening.

In conclusion, the death whistle is an ancient instrument with a terrifying reputation. It was used by pre-Columbian cultures in Mesoamerica for religious ceremonies, warfare and human sacrifice. The sound of the death whistle is so loud and eerie that it was believed to have the power to summon death itself. Despite its reputation, it is still being used by indigenous communities in Mesoamerica today, and it is a subject of ongoing debate among archaeologists and anthropologists. If you’re brave enough, give the death whistle a listen, but be prepared for the spine-chilling experience. 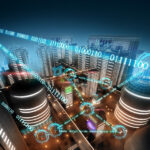 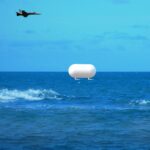