In the fantastical realm of Westeros, where the struggle for power is the driving force behind the realm, George R. R. Martin’s Game of Thrones has captured the hearts and minds of audiences worldwide. The series, officially known as “A Song of Ice and Fire”, is a complex and rich tapestry of fantasy and reality, drawing inspiration from real-life events, figures, and cultures throughout history.

The Wars of the Roses

In the book “The Real History Behind Game of Thrones,” author Mike Loades writes, “The Wars of the Roses, with their shifting loyalties, their sudden reversals of fortune, their betrayals and betrayals avenged, all that blood-letting and slaughter, must have seemed to George R. R. Martin like a ready-made template for his own series.”

Another historical inspiration for the series is the Viking Age, a period of Scandinavian history that lasted from the late 8th century to the early 11th century. The Vikings were known for their seafaring, trading, and raiding, as well as for their fierce and ruthless warrior culture. In the series, the ironborn of the Iron Islands, led by House Greyjoy, are heavily influenced by the Vikings.

In the book “Iron, Fire and Ice: The Real History that Inspired Game of Thrones,” author Ed West writes, “The Vikings’ seafaring, trading, and raiding are all reflected in the Ironborn of the Iron Islands, led by House Greyjoy, who are heavily influenced by the Vikings.”

Many of the characters in Game of Thrones are based on or inspired by real-life historical figures. These characters draw on the strengths, weaknesses, and characteristics of their historical counterparts to create a sense of realism and believability in the series.

Robert Baratheon, the king of Westeros at the beginning of the series, is heavily inspired by King Henry VII of England, who won the Wars of the Roses and established the Tudor dynasty. Both Robert and Henry were victorious in civil war, both had a strong and charismatic personality, both were seen as the savior of their respective kingdoms and both had a successful reign but their later years were marked by decline and a lack of strong leadership.

Eddard Stark, the honorable lord of Winterfell and Hand of the King, is heavily inspired by King Richard III of England, who was known for his honorable and just nature. Both Eddard and Richard were honorable and just men, both were betrayed by their own family members, both were killed in battle, and both were depicted as tragic figures in their respective stories.

Tyrion Lannister, the dwarf son of Tywin Lannister, is also heavily inspired by King Richard III of England. Both Tyrion and Richard were physically deformed, both were underestimated and both were the cleverest and most capable member of their respective families.

Jaime Lannister and Richard the Lionheart

In conclusion, Game of Thrones is not just a fantasy series, it’s a complex and rich tapestry that draws inspiration from real-life events, figures, and cultures throughout history. From the Wars of the Roses, the Viking age, and the Middle Ages, Martin has created a world that is both fantastical and rooted in reality, giving fans a deeper understanding of the series and an appreciation for the historical context in which it is set. 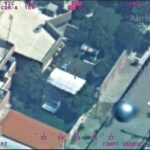