Moore’s Law is a prediction made by Intel co-founder Gordon Moore in 1965 that the number of transistors on a microchip would double approximately every 18-24 months. This prediction has been proven to be largely accurate for several decades, with the number of transistors on a chip increasing exponentially over time. However, in recent years, the rate of progress has slowed down and the 18-month doubling rate is no longer being met as consistently. This is due to the physical limitations of the materials used in transistors and the difficulty of continuing to shrink transistors to even smaller sizes.

The Law of Accelerating Returns, first proposed by futurist Ray Kurzweil, builds on Moore’s Law and predicts that the rate of technological progress will continue to accelerate, leading to an exponential increase in the power and capabilities of technology. Kurzweil argues that this acceleration is driven by the increasing power of technology to improve itself, leading to a positive feedback loop in which technology becomes more powerful, which in turn allows for the creation of even more powerful technology.

One of the key implications of Moore’s Law is that it has led to the development of faster and more powerful computer processors, which has in turn led to many of the technological advancements we see today such as smartphones, laptops and other electronic devices. However, as the rate of progress slows down, it is becoming increasingly difficult to continue to improve upon existing technology and to create new breakthroughs. This could potentially lead to a slowdown in the rate of technological advancement in the future.

The technological singularity is a term used to describe the point in time when artificial intelligence (AI) surpasses human intelligence. This event is often associated with the idea that machines will be able to improve and evolve themselves, leading to an exponential increase in technological progress. The Law of Accelerating Returns predicts that we are approaching this point, and that it is likely to occur within the next few decades.

The implications of the technological singularity are far-reaching and controversial. On one hand, the development of super-intelligent AI could lead to major breakthroughs in areas such as healthcare, energy production, and space exploration. On the other hand, there are also concerns about the potential for AI to pose a threat to humanity, either through direct violence or through the displacement of jobs and other economic disruption.

One major concern is that once machines become more intelligent than humans, they may no longer be under human control. This could lead to a situation in which machines are making decisions that are not in the best interests of humanity. Additionally, there is the potential for AI to be used for malicious purposes, such as cyber attacks or the development of autonomous weapons.

Another concern is that as machines become more intelligent and capable, they may eventually displace human workers in a wide range of industries. This could lead to widespread unemployment and economic disruption, and may exacerbate existing social and economic inequalities.

It is important for policymakers and business leaders to consider the implications of the technological singularity and to work to ensure that the benefits of AI are distributed as widely as possible. Additionally, it is important for society as a whole to consider the ethical implications of creating machines that are more intelligent than humans, and to work to ensure that these machines are developed in a way that is safe and beneficial for humanity.

In conclusion, Moore’s Law predicts that the number of transistors on a microchip will double approximately every 18-24 months. However, in recent years, the rate of progress has slowed down and the 18-month doubling rate is no longer being met as consistently. The Law of Accelerating Returns predicts that the rate of technological progress will continue to accelerate, leading to an exponential increase in the power and capabilities of technology. 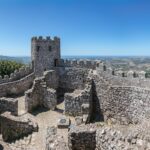 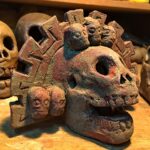